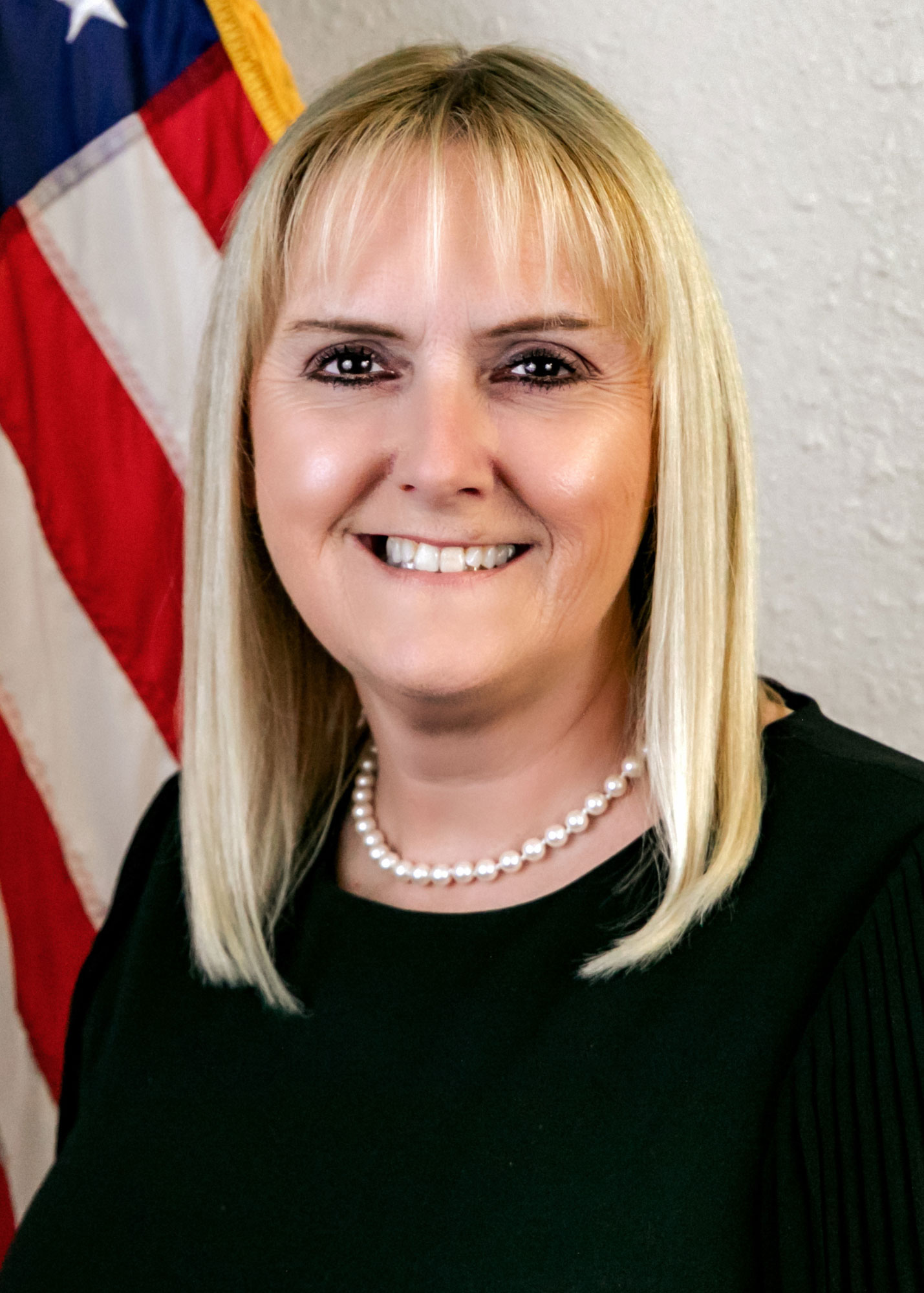 Kelli Marks was born in Levittown, Pennsylvania on November 20, 1968. She is no stranger to Volusia County, living on the east side for over 20 years and the west side, where she currently resides, for 10 years.

Kelli worked at Ormond Beach Elementary for seven years, was the PTA President for five years, and was the Business Partner Coordinator for four years. During that time, Kelli enrolled at Daytona Beach Community College for the Elementary Education program in hopes of being a teacher. She started and led the first teacher’s club ever at the college, which consisted of 120 members. It was so successful that she won scholarships to further her education at the University of Central Florida to get her bachelor’s degree in Elementary Education, leaving with a Reading and ESE endorsement.

Kelli has a son named Tyler and three stepchildren that she cares for named Vivian, Morgan, and Robert.

Being a hard worker is an understatement for Kelli Marks. She has worked since she was eleven years old. She is an entrepreneur at heart and has a wealth of contacts and knowledge in the business sector. She loves leading the City of Orange City since she was elected as a Council Member in 2018. She now serves as Vice Mayor and enjoys meeting and talking to people in the community. She was recently appointed a member of the Florida League of Cities 2021-2022 Land Use & Economic Development Committee.

Kelli takes a special interest in the business community. She has been involved with local Chambers of Commerce and business networking groups for many years. Because of her love for people and business, she has been involved in several business groups through the years. She has owned a delicatessen, a local newspaper, and now an events company for the last 10 years. Her events company has brought several successful events to West Volusia County. Her love for events keeps her busy while giving back to local charities at the same time. Kmarks Events gave back over $11,000 to charities in 2018. She started this company over 7 years ago and has worked with multiple cities doing farmers markets, craft shows, weddings, galas, bridal ahows, large outdoor festivals, and more. She loves to fundraise and be creative at the same time.

Kelli has a philanthropic spirit and enjoys giving to non-profit organizations. In the past 20 years, Kelli has volunteered with Habitat for Humanity, served as President for the Parent Teachers Organization for two Volusia schools, served on the Board of Directors for the West Volusia Regional Chamber of Commerce. In September of 2019, she became the President and Founder of a 501c-3 Non-Profit LLC organization, “Our Two Stories”-DBA “Backpack Buddies”, a program that was developed by Kelli right before the Covid-19 Pandemic set in. This program was initially developed to alleviate hunger for school-aged children during the weekends and holidays. When the pandemic increased food insecurity to a high degree, Kelli switched gears and decided to adapt to feed entire families in Volusia County. Since then, her organization has fed 4,959 kids in a total of eight months in the schools, 3,464 people through weekly food pantry pickups, and 103,497 pounds of food was distributed in Food Drop Giveaways in Volusia County. So far in 2021, 12,751 people have been served and the year is not over! Her passion to help the community is unmeasured.

Kelli is also a part of many civic groups such as the local DeLand Moose 1126, The Orange City Sorosis Club, the Village Improvement Association Orange City Woman’s Club, and more. Kelli is no stranger to charitable and educational projects.

The sky’s the limit for Kelli when it comes to making a positive impact on people and the community.